On 9th September 2016, 24 environmentalists from neighbouring villages gathered at Hedgerley Wood for an evening that had ‘inspired and given hope, at last,’ – as one of them put it – ‘that the world can still be saved from climate catastrophe’.

Their inspiration and hope sprang from a game-changing idea proposed by Nick Dunlop, the visionary founder of Climate Parliament, an NGO working to inform and support parliamentarians around the world so that they enact policies that tackle climate change.

In the first part of the evening, Nick spoke about Climate Parliament’s latest plans, already beginning to be put into action, for a global renewable energy project that would transform the world’s access to clean energy, and thus save the children born in the 21st century from ‘growing up on a trashed planet’ – trashed by the ravages of climate change. The documentary about this project will be available next year.

In the second half of the evening, each of the environmentalists present took turns talking about their own green focus: what each of them most cared about, and what actions they were already involved with in order to protect the biosphere. The group’s sense of empowerment grew during the course of this sharing, as everyone became increasingly aware of the group’s many and diverse strengths. The video below is of this second half of the evening.

Most of the attendees were members of the local Green Drinks network, who had been meeting monthly since 2015 to talk about environmental issues in a congenial ambience – that is to say, over an informal drink. Hedgerley Wood, where the September gathering took place, is the home of two of these Green Drinks members, and also the home of the Hedgerley Wood Trust, a charity devoted to educating the public about worldwide problems relating to public health, society and the environment, especially climate change. 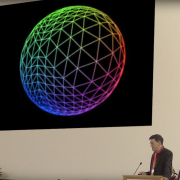 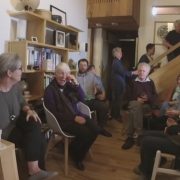 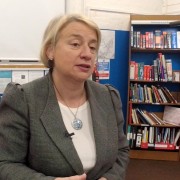 An Evening with Natalie Bennett

Climate Justice for the Philippines

The Psychology of Climate Action
Scroll to top